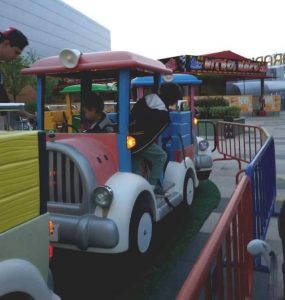 Krisi and Bobi on the train

Trains are not only traditional vehiculat toys, they are awasome! They move and roll, they make specific noise and smoke out all the time: all these charazteristics make children love them so much. Watching a train moving around on its tracks is amazing, like in a fairy tell. There is a huge number of train cartoons in circulation on TV, youtube, books, magazines and in the kids store. But why not visit the railroad in person? Of course, for 3  and 5 years old boys the best place is at the entertainment park. 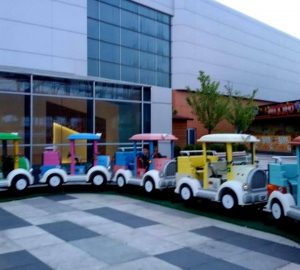 Krisi and Bobi on the train

– Bobi, have you ever been on a train before?

– Yes.
– ?!? When? Where was I?
– Yesterday. While you were watching Peppa Pig, I went on the train! The train in mummy’s painting!
– Oh, Bobi, you can’t enter that train, it is not real!
– Mummy told me to close my eyes and immagine I was on the train, and I did! And you know what?! You can come as well because there is another train, a second one, behind the brown tree!

To some children, like Krisi and Bobi, trains and railways are the best thing in the world. They are learning their alphabet from a book that shows letters on train wagons. Bring them to a railway station and they will be thrilled as each train rumbles along the way.

If your little ones pester you about a train ride there are some places you could take them to.